All locations in the Call of Duty: Modern Warfare 2 campaign

All locations in the Call of Duty: Modern Warfare 2 campaign

The exact locations that appear in MW2 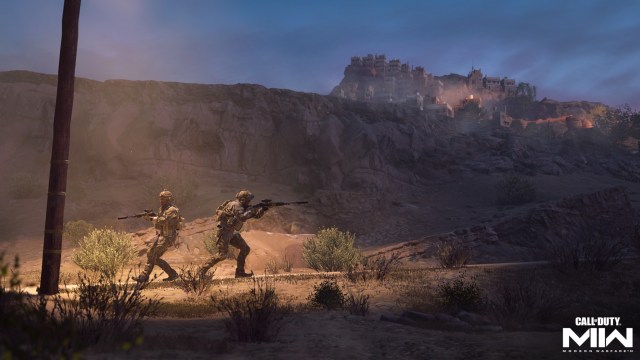 The campaign for Call of Duty: Modern Warfare 2 takes players all over the globe in an epic story full of bloodshed, funny one-liners between TF141, and innovative gameplay. The entire campaign will likely take players no more than 9-10 hours, assuming they’re not playing on Realism mode. Throughout this timeframe, players will go on a total of 17 missions, which take place in both real and fictional locations; these locations will also make up a majority of the multiplayer maps for the launch of MW2.

As players will be fighting enemies at these locations in both the campaign and multiplayer, some might be interested in exactly where they are. Below, we will list all of the locations that are seen in Modern Warfare 2. This information comes directly from the campaign, as we have yet to see if any additional settings will be added in multiplayer.

We’ll list the locations in the order they appear in the MW2 campaign. While there are 17 missions in the campaign, there are some missions that take place in the same region, so there won’t be 17 total locations.

The first location that players will experience in MW2 is Al Mazrah, which is set in the fictional nation of the United Republic of Adal. Al Mazrah is the setting for the upcoming Warzone 2 map and will also have several multiplayer maps derived from it.

If you’ve played through the early portion of the MW2 campaign, then you’ll instantly remember seeing Amsterdam come to life. Infinity Ward did an amazing job bringing a real-life location in Amsterdam to life in MW2. The graphics in the Amsterdam mission of the campaign are arguably the best that the story mode has to offer.

The border between Texas and Mexico is only seen for one mission in the MW2 campaign. There likely won’t be any multiplayer map that stems from this location, but the campaign mission was thrilling. Players will also meet a fan-favorite character in this mission.

Las Almas, a.k.a. the “city of souls,” is a fictional location in Mexico that’s home to several missions in the campaign. There will also be at least a few multiplayer maps centered around this region. Fans have also speculated that Las Almas will eventually come to Warzone 2 as a full-fledged map alongside Al Mazrah.

Players only see Spain in one mission of the campaign, but it’s one of the most memorable missions in the entire mode. It’s a rehash of the Ghillie in the Mist mission the original Modern Warfare.

Another one-off location in the campaign, players who completed the Modern Warfare 2019 campaign will remember this location well. It’s here that players regroup with an old friend and take part in a heart-racing series of events.

Technically, this is a different location from Las Almas, as players will travel to the middle of the ocean for one mission. This specific mission is the turning point for the MW2 campaign.

The last location that we’ve seen so far in Modern Warfare 2 is the Windy City. Chicago is the setting for one of the final missions in the campaign. While players are there for a specific task, the entire city is brought to life extremely well.