What to know about the latest ranked experience 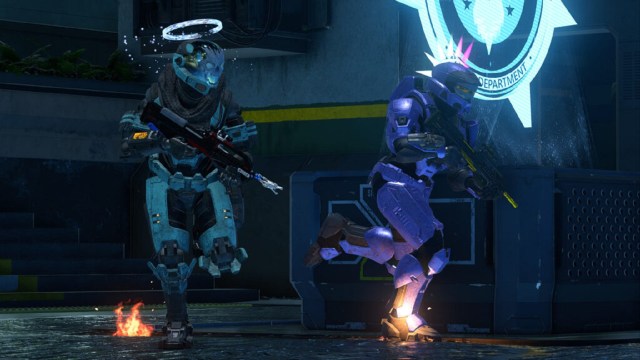 Provided by Halo Waypoint Ranked play has been a large part of the Halo experience for nearly two decades.

In 2004, Halo 2 revolutionized multiplayer gaming through its use of automated matchmaking playlists. Ever since, ranked play has been an integral part of the multiplayer experience of the Halo franchise. In addition, ranked modes can be helpful training grounds for more formal competition.

Unsurprisingly, ranked gameplay is similarly present in the most recent iteration of the Halo first-person shooter franchise, Halo Infinite. Here’s an overview of the game’s ranked experience, including all of the Halo Infinite ranked tiers in order.

Halo Infinite has six ranked tiers, which players are placed into based on their performances in matches and their corresponding Competitive Skill Rank. The majority of these tiers also have six subdivisions, which are simply listed as numbers.

Once players reach the highest tier, Onyx, they will no longer have to climb through any subdivisions. Rather, every player with a CSR above 1,500 falls into this rank. Afterward, there is no limit on how high a player’s CSR can get within the Onyx tier.

At the beginning of every new season, all players’ ranks will reset. As a result, they will have to play more matches to reach their previous Halo Infinite ranked tiers. However, this does not necessarily mean climbing through every single rank and subdivision again.

When ranks reset, players must play 10 qualification matches to determine their placement within a CSR tier. If they perform well enough in their qualification matches, they can begin the season as high as the Diamond tier. As a result, it shouldn’t take too long for the best players to return to the Onyx rank after each new season begins.

While players won’t have a visible CSR rating until they are placed into a tier, the game still calculates their skill level over the course of their qualification matches. As a result, players shouldn’t have to worry too much about mismatched face-offs during this phase, as they should still end up with opponents and teammates around the same skill level as them.