All Ghost-Type weaknesses in Pokémon Scarlet and Violet

All Ghost-Type weaknesses in Pokémon Scarlet and Violet

Ghost-Types are strong, but they have two big weaknesses 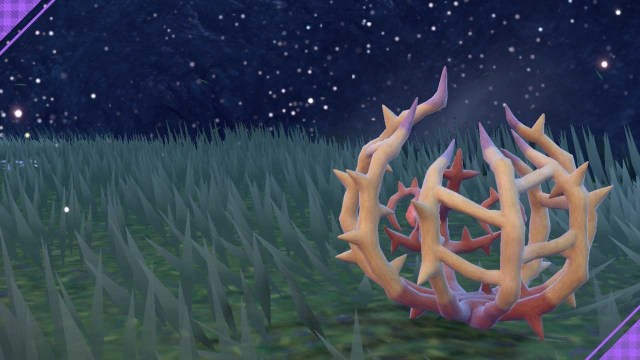 Provided by Michael Czar. Brambleghast, in Pokémon Scarlet and Violet.

For players having issues against Ghost-Type Pokémon in Scarlet and Violet, here are their weaknesses and some great Pokémon to use against them. Ghost-Types have always been tricky to defeat, but using the right types makes all the difference.

Ghost-Types always prove useful in recent generations thanks to their generally high Special stats. It’s always good to have at least one Ghost-Type Pokémon in your party, especially since they take no damage from Normal and Fighting-Types, two very common types in Pokémon Scarlet and Violet. But, that also makes them tricky to beat. The best way to go about defeating Ghost-Type Pokémon is with Dark-Type Pokémon or moves. Thankfully, moves like Bite and Crunch are Dark-Type moves that are pretty common across lots of Pokémon.

But, if you have a Ghost-Type of your own with either very high Defense or Speed, Ghost-Types are weak to other Ghost-Types. In a Ghost versus Ghost duel, the one who attacks first usually wins, since they’re weak to each other. In that case, going for super strong moves like Shadow Ball or Shadow Claw can even one-shot Ghost-Types of a similar level. Do be careful though, as they might also know powerful Dark-Type moves as well.

Related: Read the list of the best Pokémon games of all time on Attack of the Fanboy.

Good Pokémon in Scarlet and Violet against Ghost-Types

Here is a short list of Pokémon in Pokémon Scarlet and Violet that are very useful against Ghost-Types.

As a Ghost/Fairy Pokémon, Mimikyu can deal a lot of damage to other Ghost-Types. Plus, with its type combination, it doesn’t take double damage against Dark-Type Pokémon. Last but not least, its ability Disguise allows it to be a great swap into Ghost-Types if you don’t have it first in your party.

This one is more of a defensive pick but can still deal great damage against Ghost-Types. As a Dark/Ghost-Type combination, it takes regular damage from both Ghost and Dark-Type moves. Its only true weakness is Fairy-Type moves, meaning it can deal double damage to its Ghost-Type brethren while taking less back.

Last but not least, Zoroark is a pure Dark-Type Pokémon, meaning it takes half damage from Ghost-Type moves while dishing double back. Thanks to its high Speed and Special Attack stats, it will most likely one-shot Ghost-Types of an equal level. Plus, for competitive players, its ability Illusion allows it to disguise itself as the last non-fainted Pokémon in your party. That only gets revealed when it takes damage from another creature. This means that you can surprise both trainers and online players with strong Dark-Type moves without them expecting it.