Every available game mode at launch 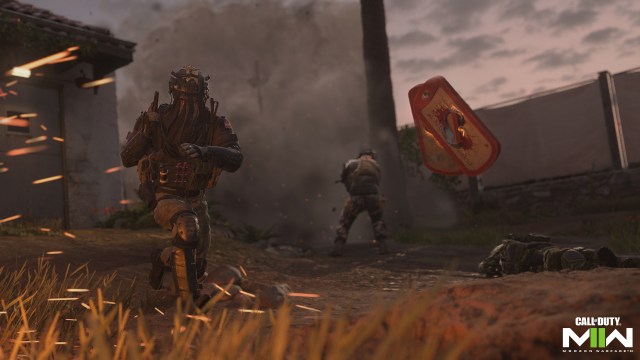 It’s about that time for Call of Duty fans around the world; Modern Warfare 2 multiplayer is just days away at this point and the community is growing more and more excited. To give fans something to digest before launch on Oct. 28, Activision released a new blog post with a plethora of multiplayer details. The publishers went over a majority of the content that fans can expect in Modern Warfare 2 at launch, including killstreaks, Field Upgrades, perks, and, the topic of today’s guide, game modes. Interestingly enough, the official map list was not included in this blog, but fans can read about all of the leaked launch maps in our previous guide.

In total, there will be nine game modes coming to MW2 on Oct. 28 when the multiplayer launches. This is a somewhat low number compared to previous years, but fans also have to take into account the different playlists available to them. There’s the Core 6v6 playlist, Ground War with its own Battle Maps, Tier 1 (Hardcore mode), and the Third-Person Mode moshpit. In addition to all of that, Spec Ops will also be in the game when it releases.

Of course, a majority of players are only interested in the core game modes that they’ll be playing in 6v6. The modes that will be included in MW2 at launch are viewable below.

This is a fairly standard list of game modes for Call of Duty. Prisoner Rescue and Knock Out are both new modes that were introduced in the beta. Headquarters is returning from MW2019 while the rest of the modes are core to the multiplayer experience (Team Deathmatch, Search and Destroy, etc.). For competitive fans, the three CDL game modes will be Hardpoint, Search and Destroy, and Control. Ranked Play won’t be available at launch but leaks point to Season 1 Reloaded in December potentially delivering the playlist.

Past these game modes, fans can absolutely expect more to be added in the months following MW2’s release. Seasonal updates will likely introduce old and new modes, such as Kill Confirmed, Gunfight, and more. For now, though, fans have these nine modes to play in MW2 multiplayer.