This small croc evolves into some impressive Pokémon 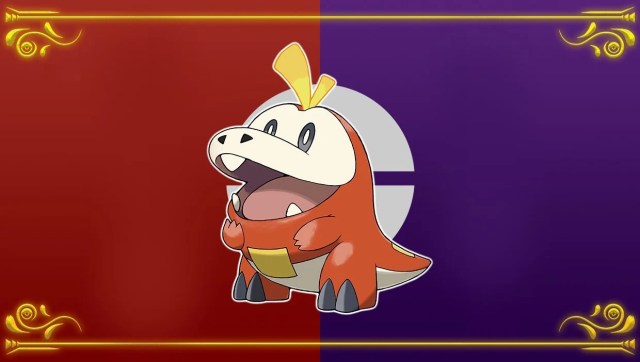 Provided by Nintendo Fuecoco is the Fire-type starter for the Paldea region.

Fuecoco is the Fire-type starter from the Paldea region in Pokémon Scarlet and Violet. It’s defined as a Fire Croc Pokémon that is “laid-back and does things at its own pace. It loves to eat, and it will sprint toward any food it finds with a glint in its eye.” If players decide to pick Fuecoco over Quaxly or Sprigatito, they will add a Pokémon with serious potential to their team. The potential of Fuecoco lies in its evolutions in Pokémon Scarlet and Violet, both of which get more and more impressive.

Starting out, Fuecoco is a modest 1’4″ and 21.6 pounds. However, the Fire Croc won’t stay that way for long, as its first evolution is only a few levels away from when players first get it. If players want to see exactly what they’re getting into when picking Fuecoco, they can see all of its evolutions in Pokémon Scarlet and Violet below.

We’ll list both of Fuecoco’s evolutions and the level that those evolutions are triggered below.

First up, we have Fuecoco’s first evolution, Crocolar. Fuecoco evolves into Crocolar starting at level 16, which is the standard level for a Fire-type starter Pokémon. Crocolar keeps the crocodile presence of Fuecoco while adding a fiery sombrero on its head and growing in size. It also remains a pure Fire-type, but that will change with Fuecoco’s final evolution.

Talk about a glow up. Fuecoco’s final evolution is Skeledirge, which is one of the more intimidating Pokémon in recent memory. Skeledirge takes the presence of a prehistoric crocodile, which looks more like a dinosaur than anything else. The large croc gains a giant mouth filled with razor-sharp teeth and a giant flame on its head. Due to its seemingly prehistoric nature, Skeledirge gains the Ghost-type along with its Fire typing. T

Crocolar evolves into Skeledirge at level 36, where it learns the powerful move Torch Song. This move has a base power of 80, 100 accuracy, and boosts Skeledirge’s Sp. Attack when used. If players were looking for their cute little Fuecoco to evolve into a ghostly monster, then Skeledirge is likely exactly what they were looking for.