All Frigibax locations in Pokémon Scarlet and Violet

All Frigibax locations in Pokémon Scarlet and Violet

The basic form of one of the most powerful Pokémon in the game. 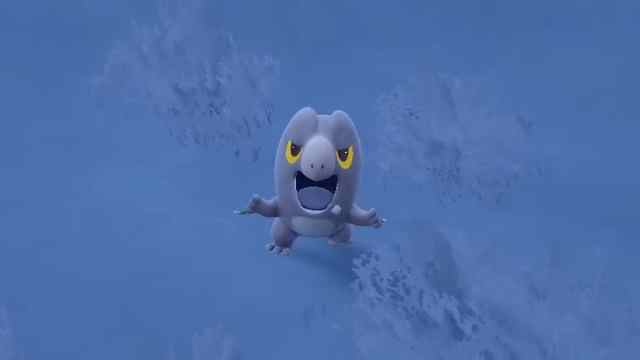 Screenshot via Nintendo Switch Frigibax is located on Glaseado Mountain in Pokémon Scarlet and Violet.

As players progress through Pokémon Scarlet and Violet they are bound to find some powerful Pokémon along the way that they may be interested in adding to their team. T

his is especially true as players get into the late game with powerful threats popping up all the time. One of the threats that players can add to their team is the new powerful Pokémon, Baxcalibur. Baxcalibur is a potent Dragon/Ice dual type that brings huge attack and HP boons and a powerful new ability that turns the table on fire-type attackers looking to bully the Ice-type Baxcalibur.

Ice-type Pokémon are not the most viable but this one definitely is. But before players can obtain Baxcalibur, they are going to need to evolve a Frigibax first. So here are all the Frigibax locations in Pokémon Scarlet and Violet.

Players that have already seen a Frigibax in the wild or have played against one in battle can access where it’s located any time in the main menu. To do this, simply open up the map, look at the left-hand side where the Pokédex is, and scroll to where Frigibax is located in the Pokédex. From there, hit the plus button on the controller and Frigibax’s habitat will be shown to you.

But for players that don’t have that luxury, here are the Frigibax locations.

Frigibax can only be found in the Cave and Snow biomes. But in terms of areas, players will need to get to Glaseado Mountain for a chance to find a Frigibax. There is a small chance players can find one outside Glaseado Mountain but it’s much easier to find it in the snowy region.