All Final Starter Evolutions in Pokémon Scarlet and Violet

All Final Starter Evolutions in Pokémon Scarlet and Violet

A look at what the final evolutions look like. 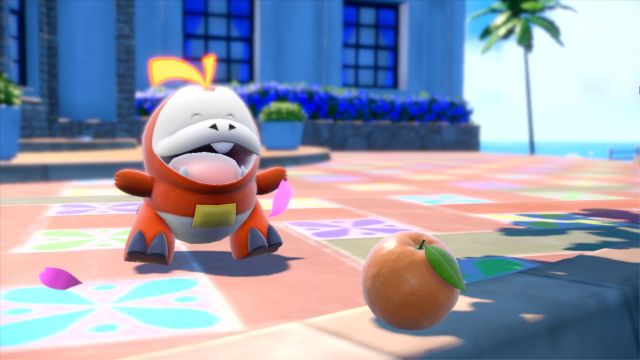 Provided by Nintendo Can you guess what Fuecoco evolves into?

When it comes to debating which Pokémon generations are better than others, one of the biggest talking points are the starter Pokémon and their final evolutions. The three starter Pokémon in Pokémon Scarlet and Violet are oozing with flavor. Only time will tell if they hold up in the future but for players wanting to know more about them or even see them for the first time, here is a look at all the starter final evolutions in Pokémon Scarlet and Violet.

Sprigatito’s final evolution still keeps the cat theme, but like its first evolution, it’s on two legs. Many fans were — and still are — upset that the final evolution of what started as a cat on all fours turned bipedal again, but its design is overall very solid. Rebellious in nature, Meowscarada turns the line’s trickster theme up to 11. The name is a play on the word mascarade, as the mask Meowscarada is wearing appears to make the Pokémon have its identity concealed. That’s because it’s really a magician-turned-robber; like it’s the cat version of Tuxedo Mask from Sailor Moon or essentially, a phantom thief. Fitting for the Grass/Dark Pokemon.

The Persona 5 Pokémon excels in speed and attack as those are its two best stats. Its Pokédex entry states that Meowscarada overpowers its foes with misdirection while setting off bombs as it gets away without a trace.

The Paldea region is based on the Iberian Peninsula and has heavily Spanish influences. The final evolution of Quaquaval is a very cool homage to part of the culture. Dancing in Spanish culture is sacred and Quaquaval appears the be the embodiment of that. Its build is very decorative with feathers which are similar to the ones used in traditional clothing. Quaquaval’s appearance goes even further back as it looks like something from the Mayan civilization which does have Mexican and Spanish ties.

Outside of that, Quaquaval’s Pokédex entry talks about how it performs dances from “far-off lands” and brings up its powerful legs which are Quaquaval’s primary weapons in battle. Quaquaval, like Meowscarada, has a high base attack stat but also has a solid special attack stat too. Which makes sense seeing it’s Water/Fighting typing.

And then there is the Fire-type starter final evolution, Skeledirge. Its Japanese name is literally Loudbone which makes sense seeing as Skeledirge is the Singer Pokémon. Skeledirge pays homage to traditional singers from the region. Skeledirge also has Fire/Ghost typing.

Skeledirge is a full-sized crocodile that can stand up or stay on all fours. Skeledirge has traditional markings on its face depicting face paint used by ancient civilizations in the region. But one of the coolest things about Skeledirge is the firebird that sits on its nose. The firebird looks sort of like a microphone and grows whenever Skeledirge sings. Skeledirge’s singing is its biggest tool in battle as it has the ability to soothe souls or burn enemies to a crisp according to its Pokédex entry.  Skeledirge is a bulky special attacker but lacks in the speed department.