All featured locations in Marvel Snap

All featured locations in Marvel Snap

Get a leg up by knowing these locations 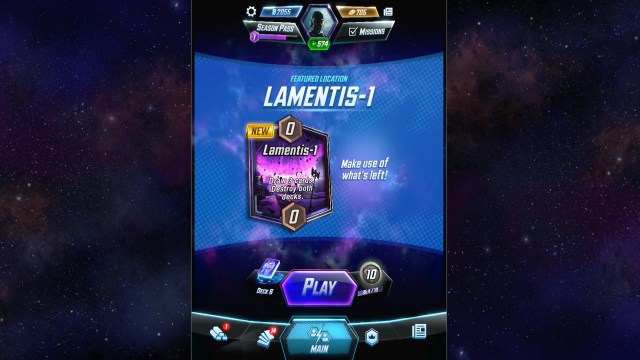 Marvel Snap is a unique card game for a variety of reasons. One of the reasons is their location system which not only acts as the actual gameboard but also keeps games fresh by having game-altering changes depending on the actual locations.

There are three locations in every match and they change from game to game. But sometimes Marvel Snap introduces new locations to the game that they want players to see more frequently. These are called featured locations. Here is a quick rundown of what they are and which ones are coming to the game in the near future.

What are featured locations?

Just like in any modern-day multiplayer game, Marvel Snap has events that come to the game every so often and lately have been coming in the form of monthly battle passes which are themed around a set of Marvel Characters. These month-long events obviously bring new cosmetic content but also cards and, you guessed it, locations.

But instead of throwing the locations into the pool of ones that can randomly be chosen in each game, Marvel Snap decides to let players get to know them better by making them show up more often through the featured location mechanic.

These locations show up approximately 40% more often for a set duration of time and afterward, they are thrown into the location pool just like any other location. If a player knows they are more likely to see a location, building a deck that utilizes it will give them a leg up on the competition.

Here is a list of the known featured locations that are expected to show up in Marvel Snap over the next couple of months. These dates have been datamined with credit given to Marvel Snap Zone.

What cards are you hoping to draw from this featured location? Choose wisely, they'll be your last. 😏 pic.twitter.com/jbvJ47D7Jm