What the term 'ADS' means in Call of Duty: Mobile

What the term ‘ADS’ means in Call of Duty: Mobile 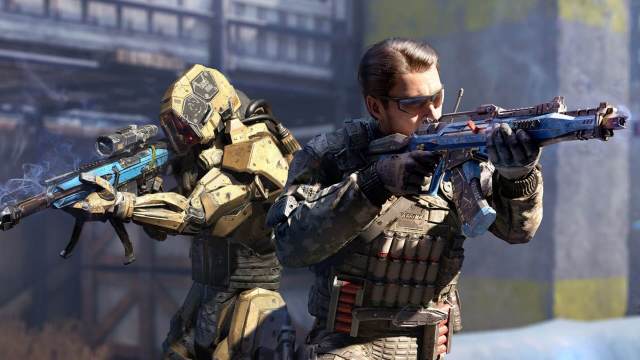 There are several terms in Call of Duty that veterans of the game will know all too well. The franchise has been around for nearly two decades at this point and the terms haven’t changed much over the years. However, new players might have a difficult time figuring out the many terms the game, and indeed the community, uses. One such term is ‘ADS,’ which has been especially confusing for some newer Call of Duty: Mobile players.

COD: Mobile is one of the most successful games on the planet, mobile title or not. It has over 400 million downloads since its release in 2019 and new players are joining its ranks every day. These new players might be stumped by terms associated with certain challenges or settings during their first time playing COD Mobile, though. The biggest offender may well be the term ‘ADS.’

What does ADS mean in Call of Duty?

The term ADS stands for “aim down sights” in any Call of Duty or FPS title, including COD Mobile. This term applies to the action a player takes by bringing their weapon up and zooming in on an area with the gun’s iron sights or an optic. It essentially allows players to be more accurate when firing their weapon but it decreases movement speed, and often field of view, as a result.

Whenever a player sees something, like a challenge associated with the term ADS, they can assume it means the game is asking for them to aim down sights and earn kills.

The difference between ADS and HIP in COD Mobile

One of the first times a new COD Mobile player will encounter the term ADS, is in the settings. In the Control section of the settings, players can pick between ADS and HIP for each class of weapons.

The general rule of thumb is players who want most out of their weapons will use ADS. However, when using a shotgun, HIP is more beneficial as players don’t need to be as accurate with that weapon type.