The new Warzone map, Season 1 of Vanguard and more 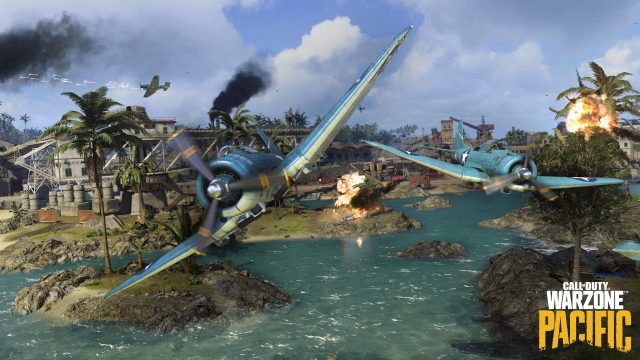 The community is one week out from seeing the release of Call of Duty: Vanguard and Activision has teased fans with a plethora of new content. In a blog post published earlier today, Activision released a roadmap for the Warzone and Vanguard integration. This also revealed the new branding of Warzone, its Pacific map and content coming at launch and post-launch in Vanguard.

Season 1 of Vanguard and Warzone are officially set for Dec. 2, or Dec. 3 for players who don’t pre-order Vanguard. Players that do pre-order will get access to the new Warzone map early, as well as a slew of other cosmetic content. Speaking of Warzone, it now has a new name, Call of Duty: Warzone Pacific, and a new map called “Caldera.”

Warzone to get a full shake-up in Dec.

The highlight of the roadmap released today is the new Warzone map for many players. The map that was showcased earlier in the summer is now known as “Caldera” and will be the centerpiece of Warzone Pacific. The map is built around the same engine as Vanguard and will support cross-gen, cross-progression and cross-play.

Caldera has been in development for two years and is based on community feedback. It’s a tropical map with new vehicles, like the Fighter Aircraft, which will see dogfights happen in the sky. The arrival of Warzone Pacific also introduces the Ricochet Anti-Cheat. All of this content for Warzone arrives on Dec. 2 for pre-ordered players and Dec. 3 for everyone else.

Coming with Season 1 of Vanguard are three new multiplayer maps, three unique Operators, additional Zombies content, new weapons, challenges and more, as seen on the roadmap. Players can also see the arrival of Shipment is set for Nov., which is before Season 1 arrives.

Coming with this progression system are “tons of challenges” and many ways to earn XP. This comes in the form of Weapon, Operator, Clan and Battle Pass XP. There will be 38 weapons, 12 Operators and Clans all coming at Vanguard’s launch. The Operators and weapons will have a Gold camo attached to them for players to show off their proficiencies in-game.

When Season 1 releases, fans can expect a fully-fledged Battle Pass along with the aforementioned new content. The pass will feature weapon blueprints, Operator skins and weapons themselves, among other things. Fans can read the extensive blog post to get all of the information available and wait until Nov. 5 when Vanguard finally launches.