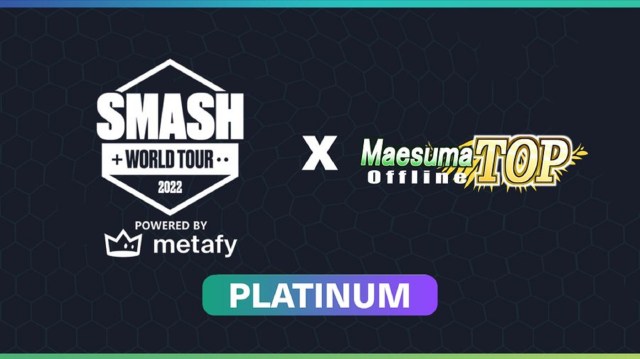 Provided by @SmashWorldTour via Twitter Many of the best players in Japan will compete at the last supermajor of the Smash World Tour season.

The final platinum event of the 2022 Smash World Tour season is taking place this weekend in Osaka, Japan. As a result, the top-performing competitors at this Super Smash Bros. Ultimate tournament will likely secure their invitations to the Smash World Tour Championships in December.

As the champion of Kagaribi 7, Japan’s only other platinum Smash Ultimate event, Mashita “acola” Hayato should be poised to add another major victory under his belt at this tournament. Here’s what to expect from acola’s run and who else to look out for at Maesuma TOP 10.

Japan's best are gathering this weekend for the Platinum-tier event MaesumaTOP#10!

acola setting sights for No. 1 spot in Japan

Currently, acola is ranked 13th on the Smash World Tour Ultimate standings. While this already places him in a comfortable position to qualify for the Championships, he trails behind two other Japanese players: Shuto “Shuton” Moriya and ZETA DIVISION teammate Takuma “Tea” Hirooka.

However, neither of these players will be at Maesuma TOP 10. Instead, they’ll be at L’Odyssée, a stacked invitational in France. In addition, the three highest-ranking Japanese players behind acola — Asimo, Gakuto “Gackt” Ito, and Kengo “KEN” Suzuki — will also be at L’Odyssée. This makes acola’s run seem quite promising.

A high placement at Maesuma would effectively guarantee that acola will receive a direct invitation to the Championships as the highest-ranking Japanese player, so the stakes are still high.

However, it’s also worth noting that ProtoBanham has consistently performed worse in Japan than he has in the United States. ProtoBanham has won two American majors this year and placed third at another. However, he has placed no higher than fifth at a Japanese major in 2022. In addition, he lost to acola 3-1 in their only set up to now at Maesuma TOP 9. Nevertheless, ProtoBanham could easily cause trouble for acola if he can figure out how to play at home like he does when he’s away.

Other players to watch at Maesuma TOP 10

Another potential threat to acola at Maesuma TOP 10 will be Sota “Zackray” Okada. The two have never played due to Zackray’s inactivity throughout this year. However, Zackray has won the only two majors he has attended this year. As a result, he is a clear frontrunner to win his third. In addition, a victory at this event would likely give Zackray enough points to qualify for the Championships, even if he can’t claim the top spot for Japan.

This tournament will also be Tomoyasu “Earth” Yamakawa’s first major since Umebura Smash 4 Final in December of 2018. As a playtester for Ultimate, the old-school Pit main has refrained from competing in the game prior to now. However, this event will give Earth the chance to show how quickly he can de-rust and start performing at a high level again.