A Mastery Camo for Modern Warfare 2 has supposedly leaked

A Mastery Camo for Modern Warfare 2 has supposedly leaked

Could this be our first look at a Mastery Camo? 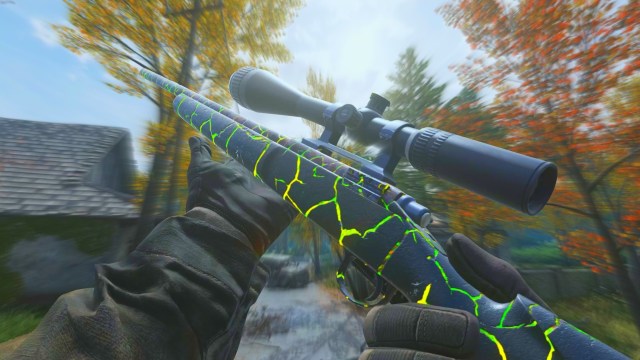 It’s open season on Call of Duty leaks, as insiders are beginning to gain access to more and more information. In the past week or so, we’ve seen leaks emerge regarding Campaign DLC for Modern Warfare 2 and even details surrounding COD 2024. Surprisingly, though, there haven’t been many leaks solely for MW2 multiplayer. Until today, that is. A reliable leaker in the COD community recently posted a leaked image that appears to be a Mastery Camo for Modern Warfare 2.

The Mastery Camos are always a large topic of conversation before any Call of Duty title releases. Usually, the Mastery Camo is the big-ticket item in multiplayer that every player wants to unlock, but only a small portion of the community does unlock due to the grind associated with it. Traditionally, Mastery Camos are unlocked by getting Gold Camo on every weapon in multiplayer. However, there also instances of Mastery Camos being unlocked in other ways as well, like Modern Warfare 2019’s Obsidian camo.

The most recent leak in Modern Warfare 2 seemingly shows off one of these Mastery Camos. The leak comes from @TheGhostOfMW3, an insider that has leaked never-before-seen images that ended up being in the game.

TheGhostOfMW3 posted an image of MW2’s Gunsmith screen with an M4 as the main subject. The camo in the image is a brand new one; many fans assumed it to be a Mastery Camo of some sort in MW2. Commenters immediately noticed that it looks like Modern Warfare Remastered’s Exclusion Zone camo, which was the Mastery Camo in that game. However, there also seems to be hints of Obsidian from MW2019. Those two games were also developed by Infinity Ward, the developers of MW2.

The leaker who posted the image didn’t say anything about what this camo is, or if it’s even real. As such, fans should temper their expectations with this leak. In the past, we’ve seen leaked images of supposed Mastery Camos that turned out to be inaccurate. Last year, we saw a leaked Red Aether-type camo in Vanguard that ended up not being in the game. In Black Ops 4, the Mastery Camos looked completely different in the full build of the game compared to an early access build.

This leak does carry some weight based on who it’s coming from and the fact that it looks like two of Infinity Ward’s previous camo designs. Players should still take this leak with a large grain of salt, though. TheGhostOfMW2 didn’t even mention what kind of camo this could be, so there’s a chance it’s not even a Mastery Camo. We likely won’t see any official confirmation on Modern Warfare’s 2 camos until one or two days before the launch on Oct. 28.