A League of Legends guide to the new Mythic support items 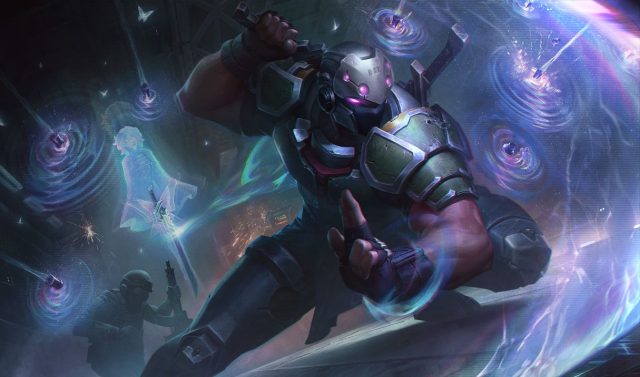 League of Legends has just released the new preseason changes on live servers. This means plenty of long-time favorites have been deleted from the store, with the addition of new items that can be equally as useful. Daily Esports has you covered to figure out which League of Legends Mythic items are useful to Support players.

Locket of the Iron Solari

The old Locket had mainly been used by supports as an item of defense. This item granted a shield to any nearby allies as well as the main user for up to 2.5 seconds. It had also absorbed up to 300 damage, eclipsing targets for 20 seconds. The new Locket now grants nearby allies a 250 to 420 Hybrid shield that decays over 2.5 seconds. It also now has 20 ability haste, instead of its previous 120 second cooldown.

Is it any good? Locket of the Iron Solari’s stats can be used as an essential item against an aggressive team. Iron Aura grants your allies a strong defense and shield if your team needs that extra boost of armor or resist in team fights. If you were to choose a Support with shielding or healing abilities, this item may make you almost untouchable if used correctly. It’s also cheaper than Gargoyle Stoneplate, another defense item that costs 3,300 gold.

This Mythic item is a replacement to Shurelya’s Reverie, a movement speed boost item granting heal and shield power. This update is kind of similar to its previous version but lacks in old stats such as base health and magic regeneration, and healing or shielding power.

Is it any good? The only time you should consider using Shurelya’s Battlesong is if you or your carry are immobile champions and a speed boost is needed to help close gaps. One instance would be if you’re a squishy champion with little MS, allowing you an escape to quickly leave a team fight after speeding your teammate. There are other items with better stats, but they don’t provide the mobility you may need to help speed up your teammates in fights.

Who doesn’t love to heal? This brand new Mythic item grant heals your affected teammates. Additionally, it offers extra health and base mana regeneration to its user. While this item is no Redemption, it does offer some extra ability power. A similar item would be Imperial Mandate, which offers bonus MS and magic damage.

Unique Passive – Starlit Grace: When affecting champions with attacks or abilities in combat, heal the ally with the most missing health for 30 to 60. Each second spent in combat increases this healing effect by 37.5%, can stack up to 4 times for a 150% increase.
Mythic Passive: Empowers your other Legendary items with 5 ability haste.
Ornn’s Masterwork item: Starcaster: 70 ability power, 300 health, 25 ability haste, 200% base mana regeneration.

Is it any good? This item seems like a very safe support item to build, especially if you’re a healing champion such as Nami, Sona, or even Seraphine. It offers a good amount of AP and health, and you can never go wrong with base mana regen. This is best used if your carry is constantly the focus in team fights, allowing you to heal and help sustain their health for success.

This item is probably the most broken when it deals with an aggressive bot lane. If the AD Carry synergizes with the support in following up, then this item can work wonders once activated. With similar features as Moonstone Renewer, Imperial Mandate offers more team-friendly benefits minus the heals.

Is it any good? Using this item calls for an entertaining combo, leading to a burst of damage. If you’re looking to be an aggressive support and are confident in your team following up, this can be super useful to help close out a game or take down that annoying 14/0 Irelia that keeps focusing your carry. Remember to use this item only if your champion has a slow or stun in their kit to bring out a perfect combination of CC.