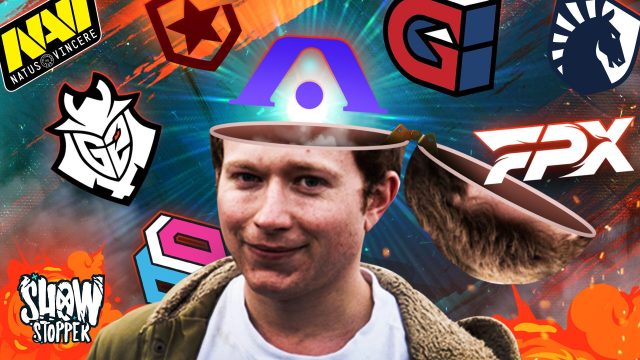 For those of us who enjoy the more peaceful side of FIFA, the career mode is a paradise. If you’re looking for the best Premier League players with the highest potential, then don’t miss this list. It takes skill to be a manager in FIFA 19. You need to be able to assess players’ stamina, make the correct financial decisions, and pick players who are going to be the best over time. The latter of that sentence is easier said than done. A lot goes into evaluating the quality of a player. Things like their form and their age have a big impact. Having said that, even older players can still surprise us with huge opportunities for growth even late in their career.

Here’s a list of eight of the most promising Premier League players according to FIFA 19.

Being the first in the starting line up is a rare occasion for Paul Pogba in United’s team these days, but here he features straight away. The Frenchman who made his return to Old Trafford after being let go some years ago has come on leaps and bounds since he joined Italian giants Juventus. It seems FIFA see his potential too, ranking him at 91. Not too shabby at all for a striker on this list.

Big Brazilian goalkeeper Alisson comes in at number seven on our list. While Liverpool’s weakest aspect is certainly their defense and has been since last season, you can’t argue with Alisson’s keeping ability. The Reds’ star players are certainly playing further up the pitch with the likes of Salah, Firmino, and Mané, but Alisson is one to watch.

Since his arrival at Anfield, Alisson has had the cleanest sheets in the league and is even on the way to get his Brazilian hands on the Golden Glove. His 91 ranking for potential is a fair representation of his talents.

Hazard has become a poster boy for Chelsea and their exploits; the Belgian is somewhat of a magician and is certainly a fan favorite. There’s speculation that he may be moving away from London in this year’s transfer window, but at the moment he’s staying in the Premier League as far as we know. He comes in at sixth in our list with a potential ranking of 91. Chelsea fans needn’t worry, though. This can raise at any time should he continue to outperform his rivals in the league.

Finally! You’ve been waiting for Manchester City players to appear on this list and Gabriel Jesus is the first of three. The Brazilian forward has been a fantastic pick for City to feature next to Sergio Aguero. Jesus is only at the ripe young age of 21 and has tremendous potential for the future, with many trophies waiting for him.

FIFA certainly sees potential in him too — his ranking of 92 should come as no surprise to anyone.

The English scoring machine that is Harry Kane is the only Spurs player that will appear on our list, but he deserves his spot at number four. Kane won the Golden Boot in last year’s Premier League season as well as in the 2018 World Cup. FIFA rewarded his efforts with a very high 92 ranked potential rating.

There aren’t many wingers in the English Premier League that are as talented as Manchester City’s Leroy Sané. He has become arguably the best winger in the league itself, and the German has been a key addition to City’s squad. Being just 22, he has fantastic potential for growth with a ranking of 92.

The final Manchester City player to star in this list should come as no surprise: It’s Kevin De Bruyne. KDB arrived from VFL Wolfsburg just under four years ago and has lit up the Premier League ever since. The Belgian has a whopping 92 overall potential and ranks second on our list.

The moment you have all been waiting for has finally arrived.

Who is the player with the highest ranking of potential in the Premier League? It’s United keeper David De Gea. De Gea has been the rock of United’s defense ever since he joined the Red Devils. He is arguably the best keeper in the league and likely one of the best in the world. It is not shocking, then, that he tops our list with a staggering potential rating of 93. De Gea has the highest ranking of anyone playing in England, and it’s well earned.

With the future unknown for the players on this list, and with players potentially leaving in the summer, things could change dramatically. For now, if you’re after players with growth, these are your best bets.