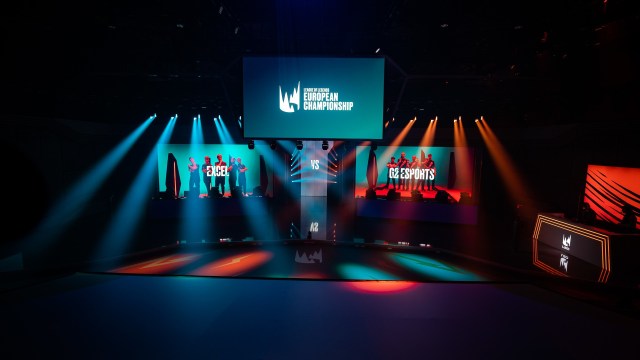 As the global scheduling ecosystem changes for League of Legends were revealed earlier this week, there were some big winners and losers — with one of the happier regions being Europe. They not only kept a favorable broadcast schedule but also saw a complete revamp of their format.

The League of Legends EMEA Championship will have three short splits in 2023 instead of two long ones in an attempt to have more meaningful games throughout the year. As such, the format will have the LEC play matches three days a week at all times instead of two and the schedule for the first weeks of play of the 2022 LEC Winter Split has officially been revealed.

Here is a breakdown of all the top matches fans should keep their eyes on when the season starts on Friday, January 21.

The opening match that will kick off not only the Winter Split in the LEC but the entire new year for the region will pit one of the most popular teams in the entire world, G2 Esports, against Excel Esports, who have completely retooled their roster in the offseason. Excel brought in many high-profile players, including the LEC Spring 2022 MVP Vincent “Vetheo” Berrié and G2’s former support player Raphaël “Targamas” Crabbé.

Other notable matchups in Week 1 include the debut of the highly anticipated KOI franchise after they merged with Rogue during the offseason, their first match will be against Team BDS. All eyes will be on the last match of Day 2 in Week 1 when G2 takes on Fnatic as Martin “Rekkles” Larsson gets his first shot at his former team after making his return to Fnatic.

Check out your schedule for the first two weeks of the Winter Split 👇 pic.twitter.com/ugTXTHnqUB

Eyes will be on Team Heretics, the other newcomer in the LEC in 2023 as they take on G2 on Day 2 and will play the final match on Day 3 against Fnatic. Team Heretics are coming into the 2023 season with an exciting roster featuring two-time LEC MVP jungler Marcin “Jankos” Jankowski and perhaps the most exciting import in the offseason — they picked up fan-favorite top laner Shunsuke “Evi” Murase from Japan’s DetonatioN FocusMe.

The Week 3 schedule has yet to be revealed at the publishing of this article. There are only three weeks of regular season play during each split before the top eight teams advance into the group stage in which the top four from there will advance to the playoffs.