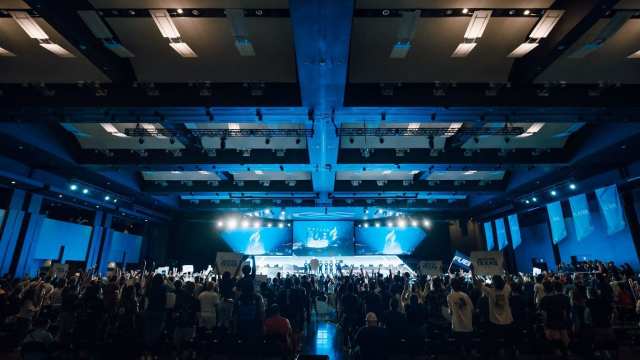 A new season is upon us for some League of Legends action, and the LEC will be kicking off first. The European scene went through some huge changes after franchising, and with it, came big power shifts. The rich got richer, while some new contenders have risen from the ranks. This season, the EU LCS opted into franchising like their North American counterpart. This brought back some familiar faces to the league, but also a few new faces as well. EXCEL Esports and Rogue are both new to the LEC while returning to the big stage are Origen and SK Gaming. Both teams dropped out of the EU LCS, with the former leaving in 2017 and the latter in 2015. Most of the big name organizations were able to stay in the league, like Fnatic and G2 Esports.

This upcoming season will be extremely exciting for many reasons. It is the first season in their rebranded league, and there are so many storylines to follow. From powerhouses to underdogs, Europe is looking better than ever. Let’s look at some of the best stories to follow this spring.

Bringing in the best mid lane talent in the West will probably help your case when trying to win another European championship. This past offseason, G2 Esports made one of the biggest moves in acquiring Rasmus “Caps” Winther from Fnatic. It was a move that no one saw coming and has baffled many Fnatic fans. G2 Esports wasn’t a weak team by any means, but now there is no doubt they will be fighting for Europe’s top spot. Also, Caps’ arrival has sent former mid laner Luka “Perkz” Perković to the bottom lane, marking his transition to the ADC role.

G2 Esports look poised to reclaim the title of best team in Europe. Perkz and Caps are indisputably the two most mechanically talented players in the region, and teams are right to fear them. The only problem that could arise is Perkz and his move to the bottom lane. G2 Esports need to make sure that his switch goes as smoothly as possible. However, I don’t see many issues coming from the bottom lane, so watch for G2 to dominate Europe once again.

Meanwhile, Fnatic must rebound from losing a player who would have been the future of the franchise. The loss of Caps will sting, especially after making it to the Finals of the World Championships the year before. Now, Fnatic are no strangers to developing rookie talent. For example, they helped Gabriël “Bwipo” Rau, Mads “Broxah” Brock-Pedersen and Caps become two of the best young talents in the Western world. Enter Tim “Nemesis” Lipovšek, who will be filling the big shoes of Caps. Of course, Nemesis shouldn’t be expected to fill the role of Caps perfectly. However, it is expected that they help nurture Nemesis into a future star as well. Their coaching staff should help with that pretty easily.

Fnatic will still be a top two team in the LEC, and if all the cards fall properly, we could see a matchup of the ages between them and G2 Esports. Their rivalry has picked up steam tenfold and should be a matchup to watch throughout the year.

Out of all the new organizations, who will be the standout team this coming year? EXCEL Esports looks interesting due to their ten-man roster. However, there isn’t any star presence on the lineup that could carry the team when necessary. They do have plenty of rookie players that could take off next year, so that could be the saving grace. The same thing goes for SK Gaming, who have two promising rookies in Juš “Crownshot” Marušič and Oskar “Selfmade” Boderek. Rogue has a similar problem, fielding a roster filled with average, veteran talent. They also don’t have any rookies on the team.

Those young players from Spanish organization MAD Lions could become superstars, so watch out for Fnatic and SK Gaming next year as well.

What are your thoughts on the top storylines to follow in the LEC? Let us know what you think in the comments below! If you want more LEC coverage, check us out here!