18 Hearthstone cards buffed in upcoming Rise of the Mech event

18 Hearthstone cards buffed in upcoming Rise of the Mech event 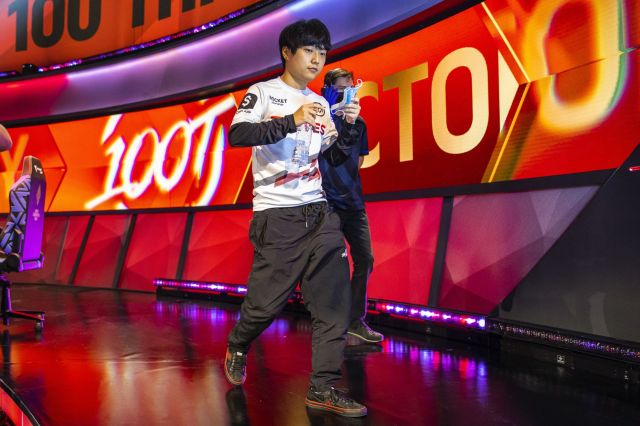 Behold the Rise of the Mech! In a blog post published by Blizzard, the company announced their next Hearthstone event. The Rise of the Mech event will feature a new tavern brawl, a new mech legendary card called “SN1P-SN4P,” and buffs to 18 cards in the Boomsday Project. These buffs come as a surprise to many following yesterday’s blog post, which listed the nerfs that will hit the live servers tomorrow.

The Rise of the Mech update will be live on June 3. Below are all 18 cards buffed with the new event, plus predictions of how they will affect the meta going forward.

Each class is receiving two card buffs to celebrate the Rise of the Mech event. Starting with Druid, we will see changes to both Gloop Sprayer and Mulchmuncher. These two cards have historically never seen play since the release of the Boomsday Project expansion. While the reduction of mana cost is nice, it is unlikely for the Druid class to make waves anytime soon using these two cards.

The changes coming to the Hunter class are, to me, the most interesting. The Hunter class, which already has one of the top decks in the meta, now gains an incredibly powerful tool with Necromechanic. Necromechanic has gained an impressive stat line, especially with an effect this powerful.

The other card, Flark’s Boom-Zooka, is an interesting story on its own. The card is not likely to see play in the Standard format, but players have found some success with the concept in the Wild format. The slight lowering of the mana of Flark’s Boom-Zooka might just be what it needs to turn a type of big-minion Hunter into a fun deck to play around with.

Mage is the biggest winner

The card changes coming to the Mage class are massive. These buffs will likely prove the most impactful of the entire patch. Unexpected Results was played in Tempo Mage before the nerf to Mana Wyrm back in October 2018. Reducing its cost will increase the strength of a new deck, Conjurer’s Calling Mage, which has gained a lot of popularity in the current competitive meta.

The other card receiving a buff this update is Luna’s Pocket Galaxy. This change is absolutely massive. At the very worst, this card is simply a card you now include as 1-off in every Mage deck until it rotates. However, Luna’s Pocket Galaxy has the potential to create a whole new archetype on its own.

OTK Paladin just got a buff

The change I want to focus on for Paladin is Crystology. In the past, this card has made its way into OTK Paladin decks, and the nerfs that just happened will only clear the way for OTK Paladin to return to the top. Being able to do something on turn 1 as OTK-Paladin is massive, as it can speed up your overall gameplan a lot. It also increases your chances of doing something proactive on turn 2 rather than just pressing your hero-power.

Glowstone Technician being reduced to only 5-mana cost is also sweet. In the current meta, I don’t see which deck wants to play Glowstone Technician or can put its effect to great use. But in Arena, this card just went from great to insane. The value this card gives you is unbelievable compared to most any other card playable in Arena. Glowstone Technician would jump onto the list of Arena-banned cards if it were up to me, but the rarity of the card will most likely keep it in check.

Both Extra Arms and Cloning Device might make the cut now to see inclusion in Chef Nomi Priest decks. While they are not the most exciting change in this update, the reduction of mana cost on both of these cards is great news for the strength of these cards individually.

Rogue will love this in Wild

While I think Pogo-Hopper Rogue is unlikely to make an appearance in the Standard format, it has already proven playable for a while in the Wild format. The reduction of mana from 2 to 1 is absolutely massive, and it raises the strength of this card tremendously. Being able to replay multiple Pogo-Hoppers after using Vanish, or playing two before and after Vanish, is going to be insane. Let’s just say it: Preparation died for this.

The second card, Violet Haze, is another one that will likely have little impact on the constructed format. The card, however, will be loved by fans of the Arena format, which is where it will have most of its impact.

Let’s just be honest. The changes to the Shaman legendary card, The Storm Bringer, will not make it any more playable than before. A one-mana cost reduction from 7 to 6 on a card that requires this much setup just won’t work out. Some people might toy around with the card in builds of control Shaman, especially now that Shudderwock Control Shaman is the only deck capable of consistently playing two Archivist Elysiana effects. But this probably won’t be enough to allow the card to exist on its own.

Thunderhead receiving a buff, however, is a massive surprise to me. Thunderhead was already somewhat viable in constructed before, and it just got a lot better. If a type of midrange-Shudderwock Shaman like Ike’s Shaman returns to the meta, this card will surely be a staple.

Of all the changes they could have made to the Warlock class, I just can’t see why they picked these two. It may raise the strength of both cards a lot, but there is just no build of Warlock that wants to use these cards. Maybe in some far future, Zoo Warlock can make a return using Spirit Bomb as an efficient removal tool, but that is about the extent I can see it work out.

To close out what I think about the Rise of the Mech buffs, I want to spread the warning surrounding the possibility of a turn 5 OTK currently possible with the new legendary card, SN1P-SN4P. Unless something is changed, the Priest class will be able to kill you with a three card combination, as shown off in the below post by Twitter user @Hockeyboyz3_hs.

In his example, Coppertail Imposter is used for its Stealth, but any mech could replace it. Using Reckless Experimenter — a priest card that reduces the cost of Deathrattle cards by 3 — will make SN1P-SN4P cost 0 mana. Following this, you could use the magnetic effect of SN1P-SN4P to infinitely (or as long as the turn time-limit would allow) buff the mech. And since it is able to attack this turn, you can kill anyone on turn 5 from any amount of health using just three cards.

Priest has a turn 5 otk pic.twitter.com/Ba3d6PxAgU

Please, Blizzard, before you put out this update, don’t allow this mechanic to enter the game in this manner.

That’s all for today, but for more news on Hearthstone and Rise of the Mech, check back daily at Daily Esports!