100 Thieves have begun a rebuild 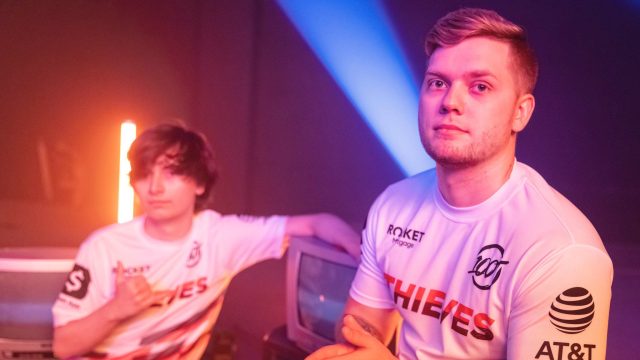 Provided by Riot Games Nitr0 and Asuna, playing for 100 Thieves

Meanwhile, 100 Thieves could make several internal changes over the course of the offseason. Former veteran CS:GO player Nick “nitr0” Cannella remains undecided on whether he would return to CS:GO, according to multiple sources close to the player. One of the options for nitr0’s potential return is Team Liquid.

100 Thieves’ VALORANT team will likely be looking to fill two spots on the roster if the team releases nitr0 as well as FrosT. In this instance, the team’s core will be built around Spencer “Hiko” Martin, Ethan Arnold and Peter “Asuna” Mazuryk.

Coach FrosT’s year-long tenure with the organization will come to a close following his removal from the VALORANT team. FrosT will therefore become a free agent and will be available without a buyout.

100 Thieves failed to qualify for Champions, the most anticipated VALORANT event of the year, during the regular VCT season this year. Although the team qualified for the Last Chance Qualifier, 100 Thieves was ousted by both Rise and Cloud9 Blue. The latter of which went on to be the victor of the event.

100 Thieves entered VALORANT in 2020 but failed to see immediate success in tournaments. But, the team would eventually turn into one of the best in the region following a victory at the Riot-organized First Strike event in Dec. 2020.

Following a relatively successful domestic year, the team would eventually ensure qualification for Stage 3 Masters in September. 100 Thieves finished in the top four, following a defeat to North American rivals Envy. However, 100 Thieves were the only team to defeat Gambit, the eventual winners, during the event.

100 Thieves will compete in next year’s VALORANT Championship Tour in North America, which begins at the start of 2022. The next season will likely include more events than VCT 2021, as reported by Upcomer in September.