Juvee is the new player in the energy drink market 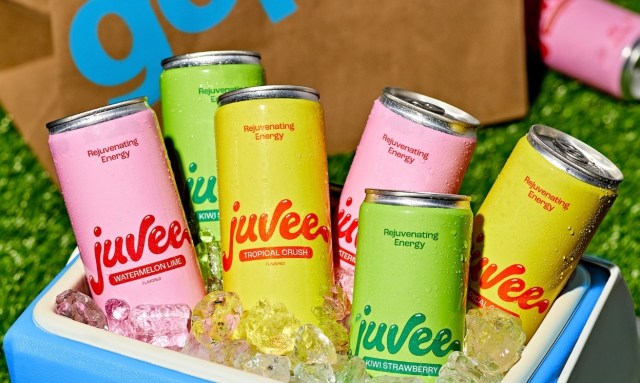 Provided by Juvee Juvee looks to be a solid player in the energy drink market.

Juvee is an energy drink company that released three new drinks with its official launch today. The drinks come in three different flavors: kiwi strawberry, watermelon lime, and tropical crush. While Juvee officially launched today, it’s been in the works for years.

Last year, 100 Thieves trademarked the name “Juvee,” which many fans immediately guessed to be some kind of energy drink. Founder Nadeshot has quite a history with energy drinks, as he explained in his promotional video showing off of the new drinks. He was originally sponsored by Red Bull during his professional Call of Duty days. He was the first professional gamer to be signed by the company, which was quite a big deal back in the mid-2010s.

Creating my own energy drink was always a dream of mine. Making that dream a reality though, that’s an entirely different story. Here’s how the name Juvee came to be. @drinkjuvee pic.twitter.com/S6ZOkdDyzw

After his partnership with Red Bull came to an end, Nadeshot partnered with G-Fuel to design his own flavor, “LemoNade.” However, that partnership also ended, which led Nadeshot and 100 Thieves to partner with Rockstar Energy. Fast forward to now, and it seems as though anyone in 100 Thieves will be drinking Juvee from now on.

The initial lineup of Juvee drinks boasts some impressive nutritional facts. They have zero sugar, 128 miligrams of caffeine, and only five calories per can. As of right now, fans can purchase a 12-pack of one flavor for $36 ($3 per can). There is no variety pack as of yet, so buyers will have to choose one flavor. This is already somewhat controversial, as fans have complained that they need to spend $108 to try all three flavors. There’s currently no way to test all of the flavors without buying a 12-pack for each of them.

Hopefully, as time goes on, Juvee will introduce more ways for fans to purchase the drinks. For now, fans can go to drinkjuvee.com to purchase a 12-pack and be one of the first to try the new line of energy drinks.