00NATION bench HEN1 and LUCAS1 after failure to qualify for major

00NATION bench HEN1 and LUCAS1 after failure to qualify for major 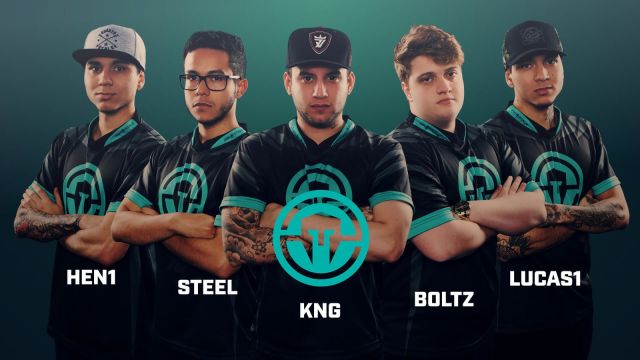 Provided by ESL HEN1 and LUCAS1 at ESL Cologne 2017 with their former team, Immortals

The all-Brazilian CS:GO squad 00NATION have benched the Teles twins, Henrique “HEN1” Teles and Lucas “LUCAS1” Teles, according to an announcement on Twitter. The roster update comes in the wake of a woeful 0-5 performance at IEM Fall, where the team failed to qualify for the PGL Stockholm Major.

00Nation was acquired by Nordavind, the Norwegian esports organization, on July 6, 2021. They brought in the entire roster of O Plano, which was an orgless Brazilian team made up of HEN1 and a former MIBR roster. The team spent months without backing before they became 00Nation.

00Nation showed some early promise with encouraging results in B-Tier tournaments throughout Sept. 2021, but failed to deliver at IEM Fall. HEN1 and LUCAS1 had a 0.92 and 0.85 rating respectively across the five maps at the tournament. It was the first big event for the time since finding financial backing with 00Nation.

After the announcement, LUCAS1 tweeted to thank his teammates and the organization.

“Start over,” he said, in Portuguese. “God bless you all.”

Both twins are veterans of Brazilian Counter-Strike, having played for teams like MIBR, Immortals, Luminosity and FURIA. Their run at PGL Major Kraków 2017 with Immortals was especially notable, battling their way through the offline qualifier and the Challengers stage. They ended up placing second, losing in the grand finals to Gambit Esports, 2-1.

Both the twins had different routes to O Plano and subsequently 00Nation. LUCAS1’s contract with MIBR expired on Jan. 1, 2021, and he was without a team for months. Meanwhile, HEN1 requested to be benched from FURIA so he could search for a team to join with his brother. Together, they joined up with their old teammate, Vito “⁠kNgV-⁠” Giuseppe, on O Plano in May, 2021.